Gilles Savard, who has been the Institute’s Chief Executive Officer since its inception, has announced his decision not to seek renewal of his term, which ends on July 30, 2021. Physicist and mathematician Luc Vinet has been appointed to succeed him.

A former rector of Université de Montréal as well as Vice-Principal (Academic) and Provost of McGill University, Dr. Vinet has been director of the Centre de recherches mathématiques (CRM), one of IVADO’s academic members, since 2013. He is also Aisenstadt Professor of Physics at Université de Montréal. Dr. Vinet was a founding director of MITACS, Canada’s national network of centres of excellence, and has also been instrumental in the creation of many other leading research networks in Québec and the rest of Canada. He is a Fellow of the Royal Society of Canada and an Officer of the Ordre National du Québec, and the recipient of multiple distinctions in Québec, Canada and internationally for his achievements, including the Government of Québec’s Armand-Frappier Prize. He has made many scientific contributions in various fields of theoretical physics and mathematics. 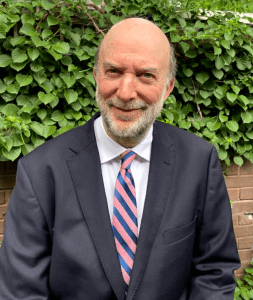 “In the space of four years, preceded by structure-enhancing initiatives in digital intelligence, IVADO has become one of the international institutes of record in this field. The scientific and socio-economic benefits generated by the institute are having decisive impacts both locally and globally. These resounding successes are the work of a dedicated team and would not have been possible without the vision, intelligence and tireless work of founding CEO Gilles Savard, to whom I extend congratulations and warm thanks. We are deeply indebted to him for endowing Québec and Canada with this crown jewel of research and knowledge transfer. I am very pleased to have this opportunity to join IVADO, whose ambitions and insatiable appetite for excellence I fully share. Intensive and intelligent harnessing of data is key to solving many challenges. As a world-class player in this burgeoning field, IVADO is and will continue to be a crucible for promising discoveries and innovative solutions for Québec, Canada and the world, as well as a source of pride for all of us.” – Luc Vinet

Gilles Savard will stay on at IVADO as an advisor and will continue his involvement with the digital intelligence ecosystem.

IVADO is also announcing two governance appointments. Annie Ross (Deputy Vice-President, Research, Polytechnique Montréal) and Caroline Aubé (Director of Research and Knowledge Transfer, HEC Montréal) have been named as the representatives of their institutions on the IVADO Executive Committee, taking over from François Bertrand and Robert Gagné, respectively. Université de Montréal continues to be represented by Marie-Josée Hébert, Vice-Rector of Research, Discovery, Creation and Innovation.

“On behalf of Université de Montréal, Polytechnique Montréal and HEC Montréal, we enthusiastically welcome Dr. Vinet to the IVADO Executive Committee! We are confident that, working in close collaboration with Québec and Canadian digital intelligence ecosystem stakeholders, he will brilliantly build on the outstanding work accomplished by Gilles Savard at the Institute. We wish him every success in his new role!” – Annie Ross, Caroline Aubé and Marie-Josée Hébert