Modeling the brain to dissect biological learning: when neurosciences lead to better AI

How does the brain learn? This immemorial question is the central focus of Eilif B. Muller’s research. A landmark article recently published in Nature Communications shows that the IVADO Assistant Professor of Neurosciences (Université de Montréal) is closing in on an answer. The study has tremendous implications for our understanding of the brain, but also, remarkably, for AI.

Who conducted the study? As principal investigator, Dr. Muller led an international team of researchers, most of whom are affiliated with the Blue Brain Project (BBP), where Dr. Muller served as deputy director prior to moving to Montreal. This research centre of the École polytechnique fédérale de Lausanne (Switzerland) pioneered in silico neuroscience, which relies on data-driven, computer-generated simulations of brain tissue.

What problem did the study address? Learning is linked to the pyramidal neurons of the neocortex. Specifically, synapses – that is, the points of contact between neurons – can undergo lasting changes as a result of different stimuli. This adaptive process is called synaptic plasticity and it is thought to be the substrate for learning. Alas, experimental data on synaptic plasticity are fragmented and restricted to only a few types of pyramidal neurons. This greatly impedes investigation into neocortical learning mechanisms.

What was the objective? Dr. Muller and his team set out to digitally reconstruct a juvenile rat’s somatosensory cortex in order to model synaptic plasticity as constrained by calcium dynamics. In other words, they built an in silico neocortical model, which they trained with experimental data relating to the effects of calcium on the synaptic plasticity of a few types of pyramidal neurons. 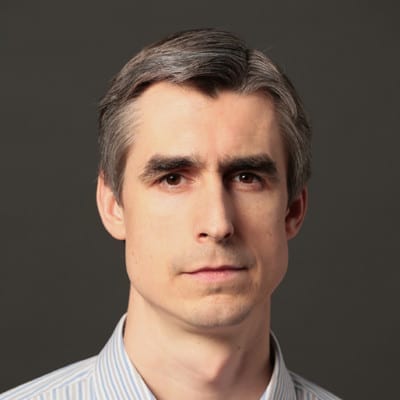 “It opens up a world of new directions for scientific inquiry into how we learn,” declared co-senior author, Prof. Eilif Muller. “Neurons are shaped like trees, and synapses are the leaves on their branches. Prior approaches to model plasticity have ignored this tree structure, but now we have the computational tools to test the idea that synaptic interactions on branches play a fundamental role in guiding learning in vivo. This has important implications for understanding the mechanisms of neurodevelopmental disorders such as autism and schizophrenia, but also for developing powerful new AI approaches inspired by neuroscience”.

What were the results? Not only did the model successfully reproduce the experimental results of its training datasets, it could predict, in agreement with available data, calcium-dependent synaptic plasticity for types of pyramidal neurons it had not previously encountered. Dr. Muller and his team also used their model to simulate synaptic plasticity given physiological calcium concentrations. They arrived at significantly different plasticity outcomes than those reported by existing in vitro studies, which typically use much higher calcium concentrations.

What are the impacts? The plasticity model described in this study shows that in silico methods can be effectively used to overcome gaps in the experimental literature. It has been made freely available by the authors on the open source platform Zenodo, which will allow other scientists to develop models of their own.

What does this mean for AI? By improving our understanding of biological learning, this study paves the way to the development of better AI, one that increasingly approaches the capacities of the human brain.

The role of IVADO

Dr. Muller’s recruitment to the Université de Montréal in 2020 was funded by an IVADO grant, which also allowed the neuroscientist to launch his laboratory, the Architectures of Biological Learning Lab (ABL-Lab). Thanks  to this financial support, Dr. Muller could complete the research in collaboration with the BBP.

IVADO, in the hands of a leader: Luc Vinet receives the Urgel-Archambault Prize from Acfas