Understand the biological connections at the root of diseases

A new bioinformatics analysis tool is being developed in a lab at the Centre hospitalier de l’Université Laval, in collaboration with the health team of the Group for Research in Artificial Intelligence of Laval University (GRAIL). The goal is to make complex biological analyses powered by artificial intelligence (AI) accessible to as many researchers as possible. 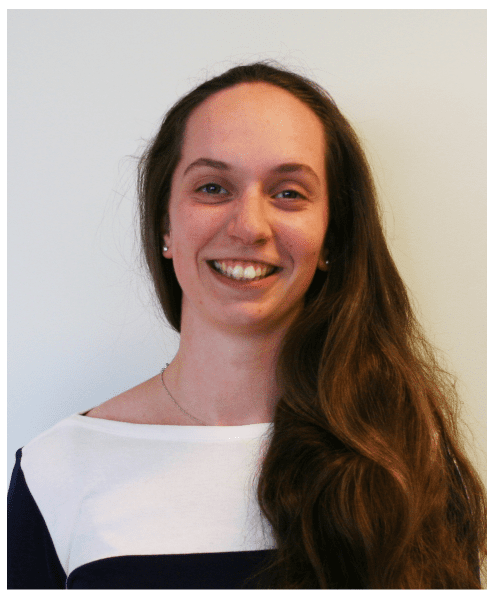 How do you treat a patient if their body doesn’t absorb a drug properly? Varying responses to treatments are one of the biggest challenges in healthcare. This creates the need to develop new methods of personalized medicine to allow physicians to determine the right treatment for each individual. Such an approach, however, demands a finely detailed understanding of the complex, interconnected mechanisms of the human body. That understanding would benefit all patients, whether they are dealing with cancer, a rare disease, or some other condition. Treatments could then be tailored to individual characteristics, be more effective and save more lives.

The aim of my project is to develop an AI algorithm that can be used to achieve that level of understanding, and then deploy it via an easy-to-use online interface. Its user-friendliness will make this new technique accessible to research teams in all of the various fields of biology, even if they lack information systems specialists in their ranks. These teams could then progress in their research and identify new methods of patient treatment.

A simple example can serve to illustrate my project: influenza. Someone infected with a flu virus will likely experience coughing, nasal congestion and/or fever. These symptoms are prompted by the body’s response to the presence of the virus. That individual, however, is not expected to be sick (e.g., symptoms, duration) in exactly the same way as the person who transmitted the virus to them. Though differences in reactions to a stimulus are considered normal and accepted, the causes of those difference, on the other hand, are far from simple. The theoretical explanation is known to scientists: the way our bodies respond to events is primarily guided by DNA, but is also modulated by various biological “levels.”

The concepts underlying these levels are complex. To understand this more clearly, we can think of the body as a factory. First, the plans for a product are drawn and sent to the assembly line. Then the raw materials are acquired, the machines are programmed, and the workers are hired. Production then begins, and measures are taken to support the personnel, for example, supplying them with bottled water or adding chairs to certain workstations. Each element has a very specific function, and a problem at any point in the production chain may have a major impact on the workings of the whole.

Returning to the example of the flu: here, DNA is the plans, some metabolites (acquired by nutrition) are the raw materials, proteins are the machines and the hired workers, and other metabolites are the bottled water and chairs. These are the biological levels referred to earlier, and are known as the “omics:” genomics (DNA), proteomics (proteins) and metabolomics (metabolites). 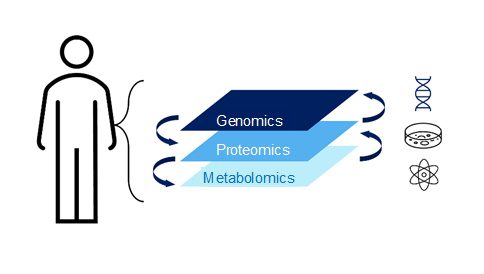 Throughout the human lifespan, as the body is exposed to multiple environments (daycare, workplace, neighbourhood…), the responses of the various omics are refined. Here lies the true complexity of the problem: identifying the differences in each biological level and assessing their repercussions on all the others. The key to solving the mystery, therefore, is understanding the connections between the levels. The task facing scientists is to deconstruct and analyze a tangled web of cascading responses.

Metabolomics is a level that is both interesting and very difficult to study. It is especially important because it is the biological level closest to the symptoms of a disease. Metabolites are the small molecules in the body such as vitamins, hormones and lipids such as cholesterol. When the body’s resources are mobilized—for example, to fight a virus like the flu—this has a major impact, because it modifies the availability of those molecules or the way they circulate. As we’ve just seen with the factory analogy, a change at one point can have many repercussions elsewhere in the chain. Metabolomics is also very difficult to study because metabolites come not from a single source but from the environment and within the body itself. By incorporating metabolomics into an analysis that considers other types of omics data, however, we improve the odds of gaining a better understanding of what is actually happening.

This is where my interface comes in. It would allow these connections, and how they affect the omics, to be studied in detail, in turn enabling research to be properly oriented and new solutions to be identified.

In addition, this understanding of the factors influencing the biological connections underlying illnesses in individual patients will drive research into novel treatments that are more targeted and appropriate. My tool will also be useful as a roadmap for better preventing certain diseases, for example by changing behaviours that were not previously considered harmful, such as eating (or refraining from eating) certain foods.

This article was produced by Élina Francovic-Fontaine, PhD student in molecular medicine (Université Laval), with the guidance of Marie-Paule Primeau, science communication advisor, as part of our “My research project in 800 words” initiative.